The artists were able to experience the worldwide popularity of hallyu for themselves, performing in front of over 6,000 fans for 2 hours and 30 minutes starting at 7:30 p.m.

The majority of the audience was made up of young women, who cheered on the performers and filmed them on stage. 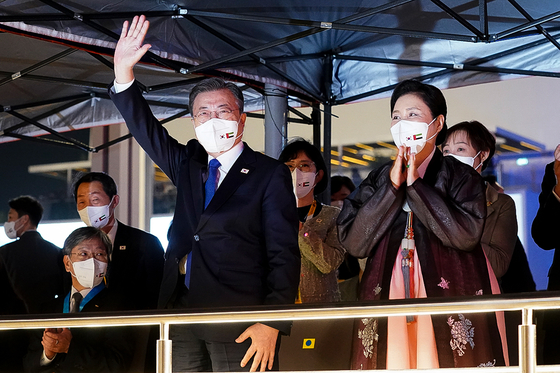 The Korean Pavilion K-pop concert was held to celebrate the Republic of Korea’s National Day at Expo 2020 Dubai.

President Moon Jae-in and his wife Kim Jung-sook also attended the concert to offer their support to the artists.

President Moon and the First Lady waved to the audience as Psi introduced them. 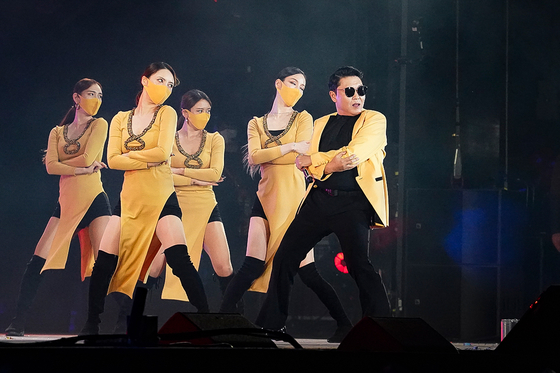 At 10 a.m. Sunday before the start of the concert, a series of cultural events related to Korean traditions and hallyu were held with some 1,000 people gathered to participate in Al Wasl Square.

The highlight of the ceremony was the performance of Stray Kids, the official ambassador of the Korean pavilion for Expo Dubai 2020, which is very popular in the United Arab Emirates.

Expo Dubai is one of the largest cultural exhibitions in the world and features pavilions from 191 countries in total. The six-month event was postponed for a year due to the Covid-19 outbreak, but returned on October 1, 2021. It will end on March 31.

The Korean Pavilion is the fifth largest venue in the expo and features a combination of traditional culture and cutting-edge technology. The exhibition saw some 500,000 visitors in December.