Judas Priest guitarist Richie Faulkner is our special guest on BraveWords’ Streaming For Vengeance today (Saturday, April 2) at 3:33 p.m. EST as he discusses the restart of the band’s 50 Heavy Metal Years tour after COVID has temporarily suspended the metal gods. But in early January, Judas Priest was quick to announce that guitarist Andy Sneap would be “stepping aside to refocus on studio work, including upcoming Judas Priest material,” which meant all eyes were turned to Faulkner (and sometimes Glenn Tipton) to get away from the riff. to all the Priest classics. Alone. As they tour as a “relentless foursome heavy metal band“. So the uproar could be heard around the world and Priest ended up having a change of heart as social media platforms cried out and Rob Halford recounted Billboard“It blew up in my face, didn’t it?” 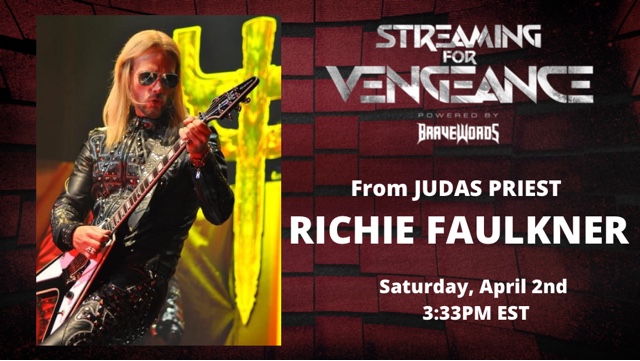 BraveWords: A rare example of social media having a positive purpose and a positive outcome.

Faulkner: “Exactly! You can’t help but listen to such a loud movement. And it was really fast. Funny, if it was 1975 or 1980, you wouldn’t have gotten that answer. It would have happened and we would have taken the road like that and it would have been a different outcome. In 2022, we have the luxury of having that connection with the fan base and we can ask fans to tell us what they think and we act on it. So it’s really a blessing.” 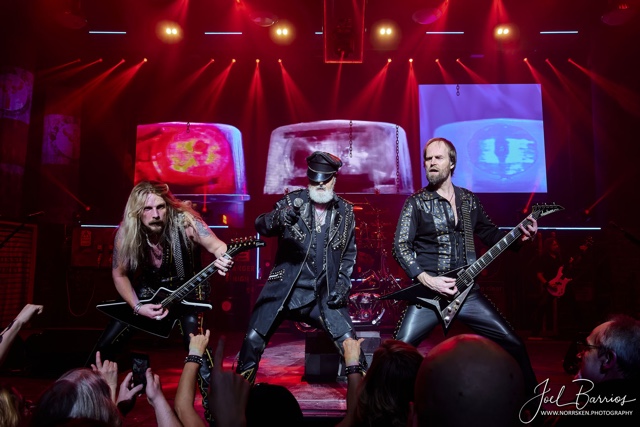 BraveWords: In 1975, you’d wait months after the fact, as this overflowing fan mail pops up and you start to open it and realize you made the wrong decision.

Faulkner: “Absolutely. In 1975, it could have been one of those things where, the band would have made a decision and felt the consequences down the road. It’s just one of those things. Some bands haven’t stood the test of time for the decisions they’ve made.”

BraveWords: Let’s be frank here. You and Sneap are like two kids in a candy store. Are you a fanboy of this once in a lifetime opportunity to play some of the greatest heavy metal songs of all time.

Faulkner: “Yeah, and it’s interesting that you say that, because we talk about it all the time. We talk about how we can improve it, what can we do next, what songs we can do. It’s no secret that Priest always came out with a set and they stuck with that set for the duration of the tour. It’s only been in the last two years that we’ve changed the scenery as we’ve gone through the tour, and with different countries, we change the scenery. I don’t know if it’s just me and Andy’s influence, but we give them a little nudge by suggesting different songs. Like ‘What about this song or what about this song’. We always discuss songs like ‘Island Of Domination’ or ‘Tyrant’. And sometimes we have these discussions with the rest of the band and sometimes they end up in the set. As fans and because we were on the outside for so long and now we’re on the inside, we have a different opinion and a different point of view. And we talk about it a lot about what we can do differently. We are both very proud to be up there. It’s a huge honor to play up there and we’re so excited to play with a band celebrating 50 years, one of the most influential heavy metal bands of all time.

Faulkner also chats with us about recording the new studio album and his thoughts on the Rock & Roll Hall Of Fame and does he care if Priest gets the green light?

You can watch/listen to Richie Faulkner this Saturday, April 2 at 3:33 PM EST on BraveWords’ Streaming For Vengeance! Plug into the BraveWords Facebook page or the BraveWords Youtube channel.

For more information on Streaming For Vengeance, visit this location.

The upcoming Judas Priest dates are listed below. 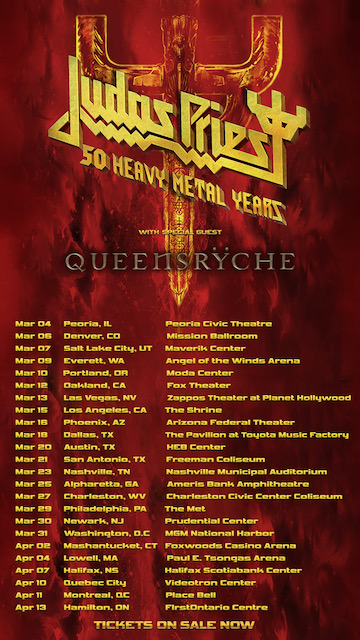