This year, many of those artists were happy to be invited again, appearing in a group competition on September 18. Though they’ve been overshadowed by headliners like Sturgill Simpson and Melissa Etheridge, the contest winner not only earns bragging rights, but a performance slot for the next day – solidifying MerleFest’s role as proving ground for the acts to come.

It all started in 1988, when the professor of horticulture at Wilkes Community College was looking to build and, most importantly, fund a sensory garden on campus.

“On the board there was a man who knew Doc Watson and he said, ‘You know, I think we could go see Doc and see if he would come down and maybe have a benefit concert to raise money for build these gardens. Said festival director Ted Hagaman.

Born in Deep Gap, North Carolina, Doc Watson is a legendary figure in American music. Watson agreed to perform, on two conditions. The first was that the festival honored Watson’s son, Merle, who had recently been killed in an accident, and the second was that Doc could bring his friends.

“At the very first festival, they brought two flatbed semi trucks, put them on the ground and created a stage,” Hagaman said. “All the artists that had promised Doc that they would come came, and they’re people from the Grand Old Opry like Earl Scruggs and Grandpa Jones and Chet Atkins and just a plethora of great musicians, they all came for free.”

Now, 33 years later, the festival has grown from around 2,000 attendees to 80,000 over four days. But not everyone is there to see headliners like Balsam Range, Mavis Staples and the Tedeschi Trucks Band.

“There are so many wonderful musicians in western North Carolina, it’s a shame they don’t often have a platform to show off their talent,” Hagaman said. “So we came up with this about 6 or 8 years ago and we said, you know, ‘Why don’t we compete? “”

Since 2015, the competition has showcased regional talent and boosted the careers of award winners like Ashley Heath and Her Heathens, and the National Fireside Collective Tour.

The competition is by invitation only, with festival-goers scouring the stage in search of groups that they believe could fit into future MerleFest programming. 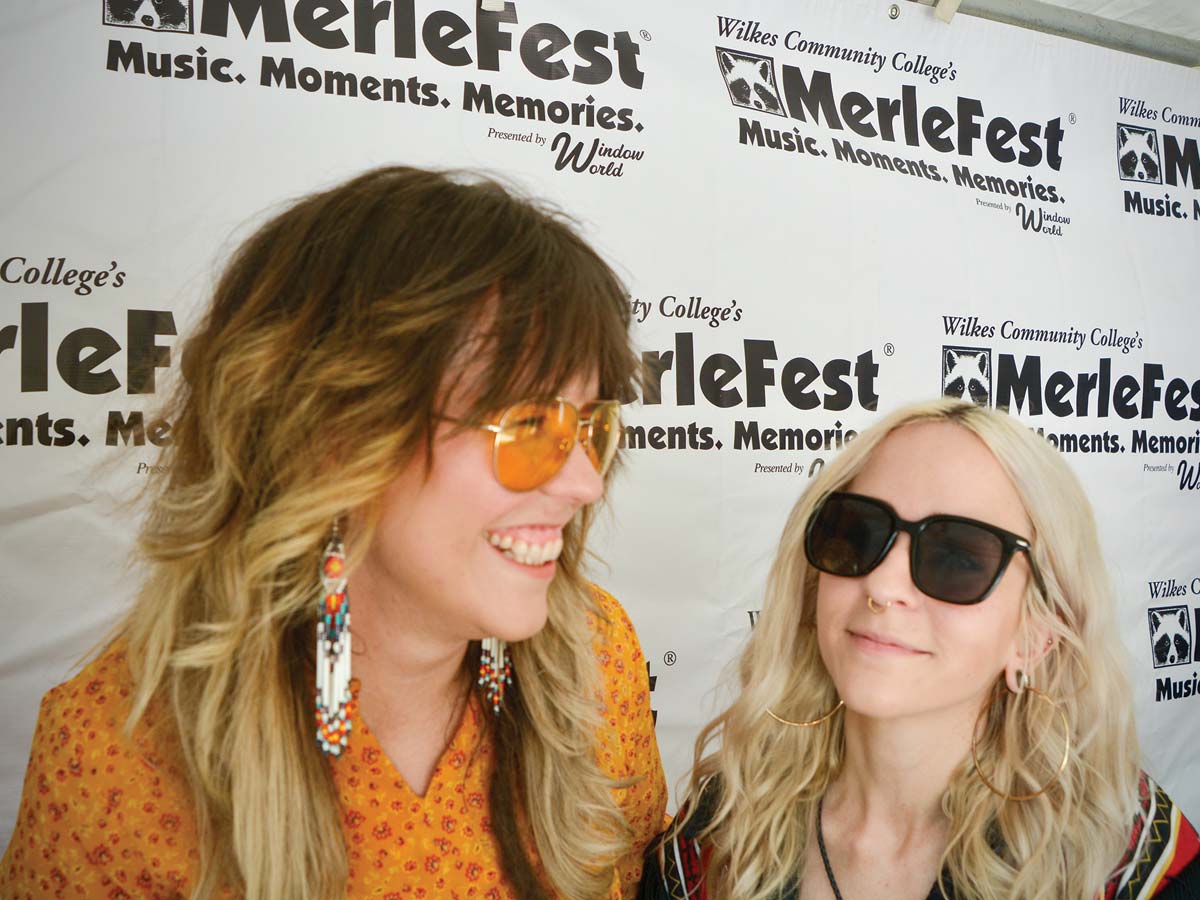 The Maggie Valley Band landed its first MerleFest performance as part of the group competition.

“We got the invitation in our email, I think, in November 2019 and we just ignored it. OK, I will say I ignored it since I manage the emails, ”said Caroline Miller, who, along with her sister Whitney, leads the Maggie Valley Band. “I ignored it because I thought it was spam.”

It wasn’t, and two weeks later a follow-up email convinced the sisters, who were elated.

But on Friday March 13, 2020, just 45 days away, MerleFest 2020 became another victim of the coronavirus pandemic. Hagaman said the decision to cancel was heartbreaking, but correct.

“Honestly, when it happened and I found out it was canceled, I cried,” Whitney said. “It was like, I know there are bigger things going on right now with the pandemic, but I was like, ‘Yeah, wow, we lost that too. “”

Hagaman said MerleFest invited all artists to return for 2021. Some couldn’t, but most, like TMVB, were.

“Honestly, seeing the talent and seeing the people we know are here, I’m just overwhelmed and honored to be here, grateful to be here,” Caroline said on September 17th. “I feel out of place, but just extremely honored with certainty.”

Each group of artists had 15 minutes to perform on the Plaza Stage, under the watchful eyes of three judges – all members of a group called The Local Boys.

“You get such a wide range of types of bands, types of music, you don’t know what to expect,” said John Aaron, one of the judges. “I hadn’t seen any of these groups. I didn’t know any of these bands before and hadn’t done any research on any of them. Sometimes I do research. This year, I chose not to. I thought, I’m going to come in cold and let them surprise me and I will know when I see them.

The competition was hosted by beloved singer and songwriter Mark Bumgarner from western North Carolina.

“I see every year that he gets stronger at all levels. We’ve always had strong numbers, but this year it looks like they all really brought their own element, ”Bumgarner said. “We had a great variety of music, a lot of amazing musicianship, a lot of really good tight bands, a band interaction and a band identity.”

At the end of the competition, the judges deliberated for several minutes, examining scoreboards that rated the groups on stage presence, choice of material, musicality, show flow, and time management.

In the end, it was Into the Fog that took home the top honors – and the coveted Performance Slot.

“We love to play music,” said Mandolinist Winston Mitchell. “I hope to play on bigger stages, to introduce our music to more people and to do what we love. But I just want to say very quickly that as a band we really hate to think of music as a competition, so it’s really hard to feel like you’ve won a trophy or something like that, there are some amazing bands that have played and we’re very lucky to have won.