“How can you compare a voice with a band? The Voice’s girl group G-Nat! On divides viewers as some claim their hearing “isn’t fair” while others say they’re the “next big thing”

Viewers of The Voice were divided on Sunday night, as girl group G-Nat! On wowed the coaches with their jaw-dropping rendition of 5 Seconds of Summer’s Teeth.

Adelaide’s group – made up of six women ages 17 to 18 – made history as the largest group to ever appear on the show and the only group to audition this season.

But while some were in awe of band members Isla Ward, 17, Taylah Silvestri, 18, Emma Caporaso, 18, Mateja Sardelis, 16, Alessia Musolino, 17 and Rylee Vormelker, 17, others. thought it was “unfair” that they sang as a team rather than individually.

Fair? Viewers of The Voice were divided on Sunday night, as girl group G-Nat! We impressed all four judges with their mind-blowing rendition of 5 Seconds of Summer’s Teeth.

‘I love @TheVoiceAU but I already feel a bit bored that a GROUP has auditioned. It’s not fair when it comes to individual voices, ”said one angry viewer.

“How do you compare a voice with a group that can sing harmonies and create a different stage presence? “

“The voice or the voices? Must be a separate category for groups, ”added another.

“Groups should not be allowed to compete,” said a third. 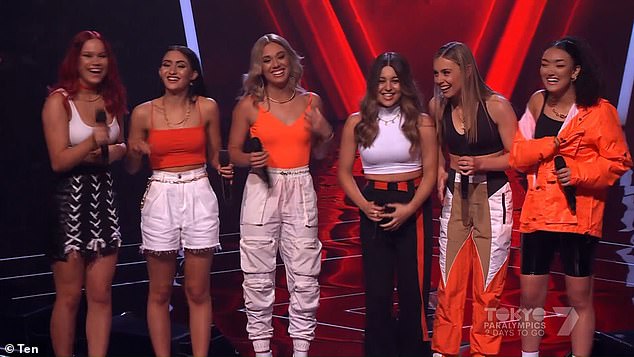 Divided: While some were impressed with the band members, 17-year-old Isla Ward; Taylah Silvestri, 18, Emma Caporaso, 18; Mateja Sardelis, 16, Alessia Musolino, 17 and Rylee Vormelker, 17, others thought it was “unfair” to sing as a team rather than individually

Not impressed: Some viewers claimed it was “unfair” for the gang to be able to audition together and called for a separate category of groups in the future

‘#TheVoiceAU is so organized and not so much of a catch for the judges. Must be repeated. How does the girl group (the first time) arrive and do they have the choreography to position themselves perfectly on the steps etc. Asked a reviewer.

“They are so good but I think there should be another competition with the groups! Another echoed.

Others defended the girls, writing: “Look, this is The Voice. I’ve never been against bands, so what’s the problem? It’s like that.

“You could do Australia’s Got Talent, but there’s really no singing show more than The Voice.”

“I’ve never been a group of girls like this in Aus before, I don’t think so! WOW !! I am seriously impressed with these girls, G-NAT! ON is the nation to be in, ”said another.

Loved: Others said the girls are going to be the ‘next big thing’ and praised their powerful performances

“The world is ready for a new girl group and I think AUS just found them,” added one fan.

The four coaches turned around for the ladies, and Rita Ora even took the stage to say that she wanted to be a member of the group.

“Honestly, you are so exciting to me, and I feel like this is the start of my life. I feel so excited that I can’t even speak, ”she said.

‘I swear, if you come with me, I promise I’ll take you all the way. You have it, and I see it. Everything, from style to sass, to booty. I’ll help you navigate this ship you’re on – and it’s not going to sink on Team Rita. ‘

The ladies agreed and joined Rita’s team within seconds.

The Voice continues Monday at 7:30 p.m. on Channel Seven 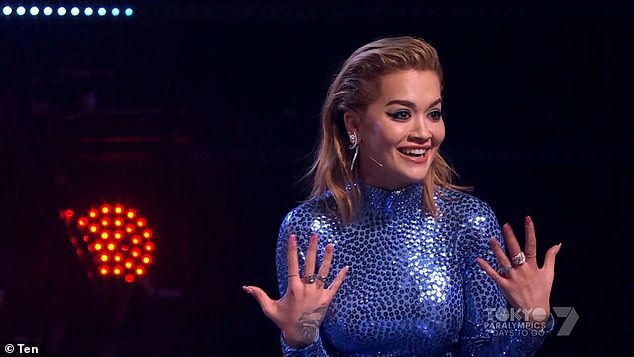 Their biggest fan: All four judges turned for the ladies, with Rita Ora even taking the stage to say she wanted to be a member of the group.