With thousands of Tar Heel fans ready to “hear the sound” at UNC’s first football game of the season, there’s a band on campus you can’t miss at Kenan Stadium this Saturday.

The UNC Marching Band is preparing to play the Florida A&M game, but this marks a special return for the band as they team up with the opposition band to celebrate music.

The Marching Tar Heels will not only collaborate with Florida A&M’s band during the pre-game show, but also for a special halftime performance.

The Florida A&M Marching 100 will perform in front of the Wilson Library at 6 p.m. Saturday, according to UNC group manager Jeff Fuchs. The UNC drum line will perform at 6:30 p.m. in the Pit with the band to follow. 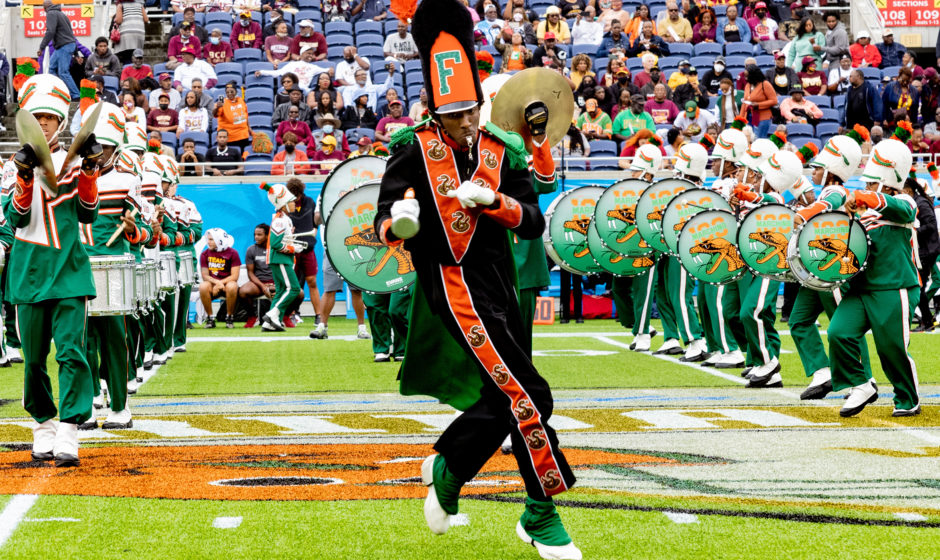 The FAMU Marching 100 will perform with both the Marching Tar Heels and their own Saturday night. (Photo via Florida A&M University.)

Fuchs said the two groups will work together throughout the day and both will be a visible part of game day.

“It’s more about celebrating what unites us — and that’s being in the band. We can do it a little bit differently, but we’re making a band,” Fuchs said. “That’s been the fun part. preparing for this weekend.”

While the collaboration with Florida A&M presents a unique performance, Fuchs said the band has endured several unusual seasons due to COVID-19.

The band’s longtime manager noted that this fall will mark the band’s first “normal” season since the pandemic began.

“The first time COVID hit, we were sent home, so we didn’t have a band,” Fuchs said. “Last year we wore protective gear, we wore face masks, we had bell covers, we stayed isolated, we didn’t travel too much because of it, we didn’t ate or drank on the buses. And it worked.

Fuchs said this year the group is not taking any COVID precautions other than following university requirements, which state that masks are required while in transit.

Fuchs added that he thinks his students are relieved to be back to normal, although there are still concerns about exposure to COVID.

“But I think for the most part they’re happy to have normalcy with heightened awareness, I’d call it,” Fuchs said.

Fuchs said he was delighted with the group’s upcoming performances this year, especially since each game has a special meaning.

“The Sept. 24 game we’ll be playing with the Soul Rebels, which is a New Orleans-style jazz band fused with hip hop and pop music,” Fuchs said. “Carolina Performing Arts is helping tremendously with this collaboration. We have our returning alumni. We have a high school honor band and we will recognize our seniors. So there are a lot of special performances.

Carolina Football kicks off against Florida A&M at 8 p.m.

Chapelboro.com does not charge subscription fees, and you can directly support our local journalism efforts here. Want more of what you see on Chapelboro? Let us bring you free local news and community information by signing up to our bi-weekly newsletter.