A Yodel manager stole phones worth Â£ 24,000 in an attempt to pay off a loan shark – but was arrested when bosses installed spy cameras in her office.

Julie Birchenough borrowed Â£ 1,000 from a lender she found in a newspaper ad, but when she couldn’t pay off the debt immediately, she was forced into a series of thefts.

The 56-year-old intercepted the devices at work as they were about to be sent for delivery, then hid them in her car, Minshull Street Crown Court said.

She was arrested when officials installed spy cameras in her Oldham office, which captured her packing two Huawei phones in a shoebox before taking them out.

Thirteen other devices worth between Â£ 500 and Â£ 1,500 were recovered from her home, along with a notebook detailing a possible “theft at the controls”. A total of 24 phones are believed to have been taken.

Julie Birchenough, 56, intercepted the devices at work as they were about to be sent for delivery, then hid them in her car 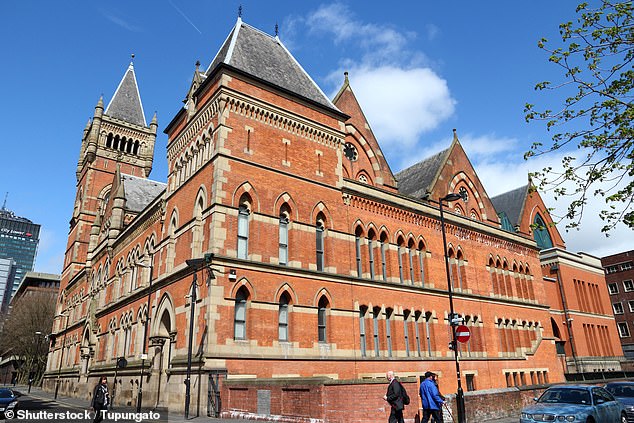 The accused was given a 12 month suspended prison sentence for 18 months at Minshull Street Crown Court, Manchester

Investigations revealed that Birchenough, who was entrusted with the security of goods purchased by online shoppers, was severely indebted with “astronomical” interest payments after taking out the payday loan to buy a car.

She declined to name the loan shark, but claimed she was “forced” to steal the phones to pay off her debts.

She has since fled her home and found a job in a fish and chips shop. Investigators found no evidence that she herself sold the phones online.

Birchenough, now from Poulton-Le Fylde, Lancashire, admitted the theft by an employee and was sentenced to 12 months in prison suspended for 18 months yesterday.

The thefts were discovered in August 2019 after she was employed by Yodel as a security officer for ten years.

Prosecutor Harriet Lavin said, â€œHer role was to oversee the security team and maintain the security of property at the site.

â€œShe was employed to keep an eye on what people were doing. There were strict search regimes, but the accused was not subject to them as a security official.

â€œIn August 2019, another official was made aware of a significant number of lost packages. The losses involved high-value cellphones valued at between Â£ 500 and Â£ 1,500.

â€œAs a result of further investigation, it became clear that the losses were all from a trailer on the shifts this defendant worked in when she was supervising.

â€œA secret camera has been placed in the office of the accused. He was examined and the accused packed a large quantity of cell phones in wrappers before placing them in a cardboard shoebox.

The court heard that Birchenough’s loan shark was making demands when she was unable to repay the Â£ 1,000 she had borrowed after finding the lender in a newspaper ad.

The individual exhibited “controlling and coercive behavior” and wanted her to steal more and more phones to pay off the debt, Miss Lavin added. 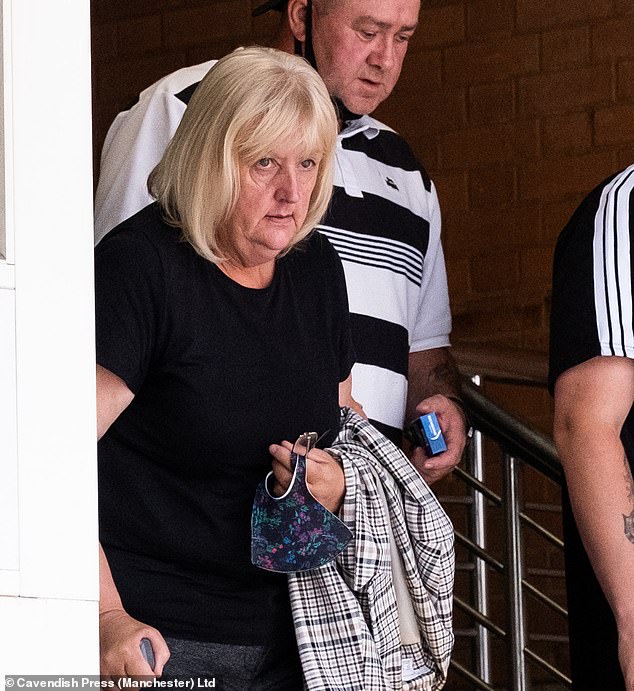 The court heard how Birchenough’s loan shark was making demands when she was unable to repay the Â£ 1,000 she had borrowed after finding the lender in a newspaper ad.

In mitigation for Birchenough, who had no previous convictions, defense attorney Mark Fireman said: â€œShe is a woman who has been under significant pressure.

â€œWhen her mother was alive they had access to a car and she was paid through the Motobility program. However, when her mother died, the car was taken back.

â€œShe wanted a car and she went to the banks hoping to get a loan for a deposit, but she was turned away and forced to borrow from a loan shark.

â€œShe thought six cell phones would pay off the debt, but she was under increasing pressure to take more phones. She is not a sophisticated criminal and she did not receive a dime.

â€œHer exits and entrances remained the same, but as a result of that she lost her job and was forced to move away from the area as that was the only way for her to get away from the area. no one who was putting her under that pressure. ”

Birchenough was also ordered to perform 80 hours of unpaid work.

The judge, Mr. Recorder Michael Maher, told him: â€œYou had a job with a high degree of responsibility and it was up to you to trust not to lose goods in transit.

â€œYou had a good background and you were a trustworthy person, but you started stealing high profile cell phones worth Â£ 24,000.

â€œYou say you took out a payday loan from a loan shark after you lost your car, which was paid off after your mother died.

â€œThe interest rates on this Â£ 1,000 loan got out of hand and you couldn’t afford to make the payments.

– Your defense asserts that the demands of this faceless man in the shadows were coercive and threatening.

â€œYou have no evidence that you led a prosperous life or that you were a greedy individual, although this notebook is cause for concern. “